Just when you thought you were off the hook it is time to send in your Tax Returns to the Federal Government. Yes you have paid taxes on everything from a light bulb to a USB drive all year so why more? 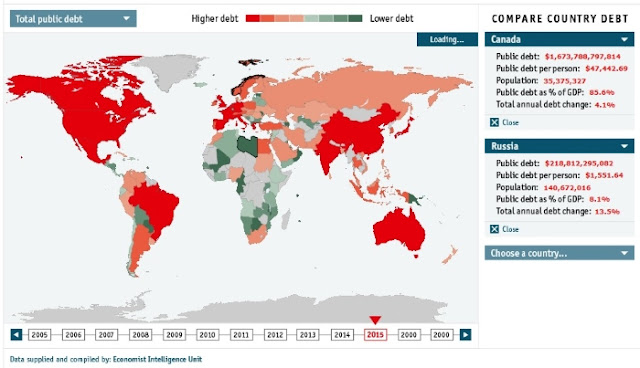 Someone has to pay for the 1.7 million Canadian bureaucrats, their health care, their days off and their pensions. Can you remember the last time you called the Canadian government and talked to someone in Canada's two official languages French and English? You will have a better chance by calling from 7 a.m. ET to 3 p.m Pacific Time. I am not suggesting you call ET although you would have more fun trying. ET is Eastern Time plus 30 minutes in Newfoundland.

It is the fastest method to get it over with quickly. Faster when you have an online account with Canada Revenue Agency (CRA). Someone told me a few days ago there are more than 3 billion people using the Internet. Yet 20% of the highly Canadian techno savvy population know how to set up an account with CRA. Your account gives you a way to get all of your T slips or reassess an Income Tax Return. Plus look over information regarding CPP, OAS and other benefits. Factually speaking they are not benefits since the money comes from your contributions to various plans such as an RRSP. Hyperlinks above will take you to the CRA website where you can set up your account.

Canada Revenue Agency set April 30, 2017 as deadline for filing your 2016 tax return. Your employer has until the end of February to hand over T slips. If you worked more than one job then call the employer(s) for the T-4 slip(s). There are several billion dollars of unclaimed amounts being held by CRA due to people not filing an Income Tax Return. Last year I completed a return for a 30-year-old who had not filed in 6 years. He was delightfully silly when the money owed to him arrived. If you had deductions, and most do have them, file your Return. It is your money.

Electronic filing with CRA approved software is the best method ever. Here is a list of the software approved to date. Some are free for low-income earners below $30,000.00 for a single person and $45,000.00 for a couple. My non-sponsored recommendation for those who have a simple return is UFile 2016. It should be called Income Tax for Dummies because it is so easy to use. (Place name here ... Address here...)

Many other software programs are listed and some require more computer skills. Often times you can also get a discount via the CRA website from the software developer.

Paper tax returns can be found around the Post Office or Federal government locations such as Service Canada and CRA of course. You require pencils, pencil sharper, paper and lots of patience. The paper manual included with the kit will give your brain a good workout. Last time I had to use paper returns was for a lovely lady who failed to do any tax returns during the previous ten years.

It was initially started in Quebec and Ontario to find out if there was a need for a volunteer program. They were swamped and CVTIP became a national way for Canadians on low incomes to have their taxes prepared and filed with CRA. The low-income markers are slightly different from one volunteer group to another. The CRA guideline is $35,000.00 per individual and $45,000.00 per couple. CVITP does not include those with T-5 financial resources over the amounts stated nor self-employed persons.

The volunteers across Canada assisted people on low incomes by preparing and filed close to 750,000 Income Tax Returns in 2016. We expect a sharp increase this year. Look over this link to find a volunteer group in your town or city. Bring your T slips and make an appointment where it is applicable. Every person involved goes through a clearance process with CRA and police clearance. A copy of the return is printed for you and none of the volunteers or local groups keep your returns on file. If you require a special need or assistance with language ask before you arrive.

Anyone collecting a pension, a disability allowance or additional funding must file an income tax return. If you do not file a return your pension or any funding will be cut off in July. This includes GST rebates from July onward until the return if filed.

Seniors will only receive the CPP amount when the return is not filed by the April deadline. Let us pretend you are receiving $1600.00 a month pension plus the other allowances. Those allowances are the part of the pension you will not receive after July. Your July pension will be reduced to $400.00 +/- a month. I have volunteered doing taxes for a few decades and it is heart breaking to see a 80-year-old in tears. For those reading this please do whatever is possible to ensure the elders in your family get their returns done on time. Provincial benefits as low as they are will also stop.

The current Federal government has introduced some of what they call poverty reduction into tax system. As I see it through the tax returns it is more than likely going to toss a few 100 thousand people out of their homes. This poverty reduction tax plan has a gaping hole in it someone forgot to research.

Most housing subsidy programs in Canada ask for the amount on Line 150 or Line 236 of your income tax form when applying. Line 150 is your total income and includes any current subsidies and Line 236 is the adjusted amount. These two lines are usually the same amount of dollars. The Federal government is going to increase the amounts on Line 150 and thus Line 236. It will put low-income earners in a higher artificial income bracket and disallow them Local or Provincial Housing assistance.

They claim there will be a decrease in poverty. It will be followed up by a massive increase in homelessness. It is more akin to a double negative balance found in most oligarchies.

Best to put a hyperlink to the lastest scams being used in Canada. A few minutes of your time will make you aware of scams via phone, text messages, email, online and telemarketing.

Posted by denniscambly.com at 3:00 PM