Where do you find out about Canada on any of our media? The CBC might hand out some snooze news from time to time once they get passed their bias coverage. What's the point of having another panel of those dreaded experts when they work for another media source? Give a group of us former broadcasters a 1.6 billion dollar budget from the federal government and we will show you what the media can do for Canada.

CBC radio has now invented a group of experts to speak about marijuana. They openly admitted none of them have ever smoked pot or ate a pot brownie or cookie. More than likely there is money from a federal handout behind their expert advice.

Canada has an open border with the US broadcasting 24/7 the same kind of experts into this country. It becomes a problem when Canadian get confused between what the US does and what we do. This country was not built on the backs of black slaves nor do we spend trillions of dollars to run around the world murdering millions of people. All the countries on this little planet do not spend as much on military spending than the United States does every year. The US is not a democracy - it is a Republic created by slave owners.

The United States is Interfering with Canada

Why are Yankees getting involved with discussions Canadians are having in forums via the Internet?

You know it's a Yankee when:

- they knock our universal healthcare system because no one in Canada goes bankrupt visiting a Doctor.

- they encourage Canadians to hate one another rather than have open conversations.

- they will never tell you 90,000,000 million Yankees didn't vote thus giving the office of President and administration to their wealthiest oligarchs.

- they blame Russia for everything including the weather never looking at their fault ridden voting system.

- they are sly until you are wise enough to nail them to the wall with basic fundamental truth.

- they quote US policy via Twitter including threats of nuclear war to other nations. Canada is also a target of those quotes you get from every form of media.

- another noticeable way to know if it's a Yankee is their use of a grade 6-8 level English.

- everything in the United States is the biggest, best, top of word, best in the universe, most watched, most viewed and most abusive.

- they call themselves Americans as though no one else lives in North and South America.

- they attack and murder millions of people so they can steal the resources by using the only military tactic they know - divide and conquer.  I am waiting for the US to find those weapons of mass destruction the UK said Iraq had in 2002. They are still searching for Libya's 400 tonnes of gold.

Canadians must have Discussions without Interference

Debating any topic is a common trait all Canadians have in common. Long debates took place everywhere in Canada for our Flag, our healthcare, First Nations along with our Rights and Freedoms. We win when we have talks about our environment including our wealthiest resource - water. In the long run we will win by creating an environment less reliant on fossil fuels including coal. Fossil fuels are a non-renewable resource making it useless for the future of our country and the planet.

Let us be reasonable about our demands today because Canadians do use a lot of non-renewable fuel. We are beginning to move forward contrary to all the expert opinions in the media. Believe in yourself and your fellow Canadians while believing 1% of what the talking heads have to say or write. Have they told you the discussions and rules for the Trans-Mountain pipeline started in 2008?

One news-like paper did publish an article about Lionel Twins, and the Louis Bull first nations forging ahead, with a solar system. The 16 page tabloid manages to squeeze a few stories between a clutter of advertising. 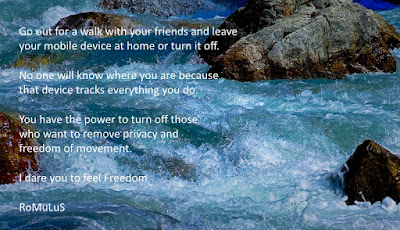 In closing please let me show you an ancient secret about the Internet. (sarcasm) When doing a search what is really happening in Canadian make use of the operands while they still exist.

Canadian news -CBC is one of my favourites.  Put a - (minus) sign before CBC or any others to exclude them from your search. Those top spots in every search engine are paid for with your money.

Posted by denniscambly.com at 4:00 AM