Letter to NATO, UK and EU Member States as You hand Your Sovereignty to America

Fellow members of these organizations thank you for breaking every promise you made to future generations after World War II.*

You agreed to the following from the United Nations Charter

WE THE PEOPLES OF THE UNITED NATIONS DETERMINED*

to save succeeding generations from the scourge of war, which twice in our lifetime has brought untold sorrow to mankind, and to reaffirm faith in fundamental human rights, in the dignity and worth of the human person, in the equal rights of men and women and of nations large and small, and to establish conditions under which justice and respect for the obligations arising from treaties and other sources of international law can be maintained, and to promote social progress and better standards of life in larger freedom.

AND FOR THESE ENDS

to practice tolerance and live together in peace with one another as good neighbours, and to unite our strength to maintain international peace and security, and to ensure, by the acceptance of principles and the institution of methods, that armed force shall not be used, save in the common interest, and to employ international machinery for the promotion of the economic and social advancement of all peoples.

To maintain international peace and security, and to that end: to take effective collective measures for the prevention and removal of threats to the peace, and for the suppression of acts of aggression or other breaches of the peace, and to bring about by peaceful means, and in conformity with the principles of justice and international law, adjustment or settlement of international disputes or situations which might lead to a breach of the peace;

Continuation of the UN Charter

How did you feel about the war in Afghanistan? The American led war ended in a humiliating defeat after twenty years. You walked lock step by placing sanctions on the Taliban winners. Every women in Afghanistan thanks you for their brief encounter with being able to go to school. You are a part of the defeat with all your weapons turning cities into rubble.

How about that great adventure in Iraq? You must have enjoyed watching Shock 'n Awe as the bombs sucked the oxygen out of the Iraqi people. Another American and NATO loss killing a million while leaving Iraq in ruins. Since the end of World War II America along with it's NATO partners have not won any war. The great lie about Iraq showed the world how you can brow beat the public in a few countries. 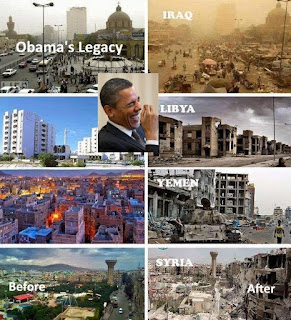 America does not want the democratically elected leader of Syria in office and off to war they go again with NATO countries in tow. When American-led NATO finally gets the message it will be, as it is now, another loss.

Shall we mention what US-NATO did to Libya? Don't count on any oil coming to your rescue from any of your former friends in the middle-east. They are finally getting pay-back watching NATO and EU drown in massive inflation along with out of this world debt.

Where are the Peace Negotiators?

Over 2400 years ago Plato wrote his thoughts about democracy in the Republic. He said: democracy tenders it conducive to mass ignorance, hysteria, and ultimately tyranny.  What is tyranny? Is this why you leaders of NATO countries the EU and UK gave up your sovereignty to the United States?

Make no mistake about how most of the world's population despises war including the one in Ukraine. Why did Ukraine, Russia, Germany and France agree to a ceasefire under the Minsk Agreements and not follow up to ensure they were being enforced? Did the President of America bully you, as they always do, that they are the greatest democracy in the world? Ask the people of ancient Palestine, Yemen, Bolivia, Cuba, Venezuela and Yugoslavia about American style democracy. Vietnam was an early warning sign about spreading American style democracy.

Negotiations that use tariffs and sanctions are not negotiations resulting in a win-win situation. Sanctions are an act of war though America never declares a war even as the bombs begin to explode.

Sanctions starve people far away from the Ukraine-Russia conflict. Do you need a map of the world's less fortunate countries? They are the same ones where you stole resources, deforested the land, found your slaves to build the United States and left the rivers and lakes polluted.

American Leadership is Jealous of what the Russian People have Done

Nazi Germany left thirty million dead in Soviet Russia, (the U.S.S.R) and the surrounding states after World War II. As the walls went up in ancient Palestine the Berlin Wall came tumbling down. Anyone could see there was virtually no construction in east Berlin. The soviet style buildings could be found from one side of Russia to the other even though it was rich in renewable and non-renewable resources. Today Russia has a new look after twenty years of construction, low unemployment and resource money being used to rebuild the country. 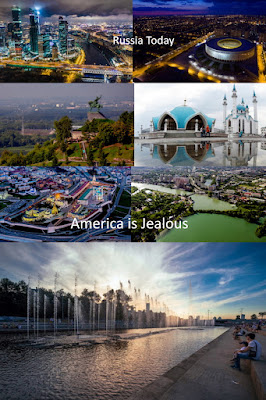 Your People are Paying the Higher Price

The world was beginning to pick up a little steam since the beginning of the Covid-19 pandemic. Businesses were starting to open up again with people going to work or in search of finding work. Industries had disappeared while smaller ones began to open the doors. Many of the jobs were low paying leaving tens of millions unable to catch up with their debts.

Who will pay for the cost of LNG at ten times the cost of Russian gas, shipped from America to Europe further polluting the Atlantic Ocean? The cost of goods is being artificially inflated by the United States printing money for wars. With an additional $39 Billion dollars for weapons to kill being sent to Ukraine are any countries within NATO, UK and EU willing to stop the bloodshed?

Where is the peace you promised when you signed the UN Charter in the years after World War II?

A Canadian who wants to see you keep your promise.

Posted by denniscambly.com at 7:34 PM No comments: