Why do You Believe the Canadian Government represents Democracy? 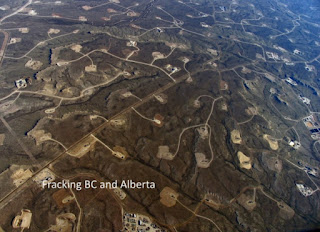 As promised in an earlier article here is the rest of the story.

We live in an illusion created by the giant corporate media owners. Most people sincerely believe our system has something to do with democracy. I ask: "Other than the selected days for voting, when do you have any input into decisions enacted by bureaucrats, and elected officials?"

Yes, there might be an open house, where you can have input on a neighborhood concern. A plan for the neighborhood is already drafted by the administration before you arrive. Democracy is more than laws and rules enacted without input from the citizens.

Democracy is the basic right to have input before the final draft or decision is made.

My Opinion differs from the Media Version of Democracy

A short background on how Canadians were feeling during the 1960s and early 1970s. The Liberal government introduced the Canada Pension Plan.  A tremendous feeling of national pride grew with the rising of a distinctive Canadian Flag. Canadians participated as the country looked for its own personality at home and on the world stage. The NDP with Tommy Douglas as leader played a very big part in introducing and voting in favour of both initiates.

With the cooperation between the Liberals and New Democrats a Universal Healthcare plan was finalized. Late in the 1960s, Justice Minister Pierre Trudeau, proclaimed "there's no place for the state in the bedrooms of the nation". This was the uniquely Canadian classical version of democracy.

The final move towards a more democratic country came with the Charter of Rights and Freedoms in 1982 by Prime Minister Pierre Trudeau. The debates raged widely as the provincial governments sought more power than democracy. Democracy begins to fail when self-interest and corporations cast the people aside.

The Aim of Terrorist Laws is to Annihilate the Citizen's Rights

As I said in the previous article I considered it my right to voice my opposition to war. During the months after the 9/11 attack we heard the attackers were Saudi in origin. Who convinced countries, especially NATO members, to attack Afghanistan and then Iraq? Why didn't we go to the source and bomb the Saudi Royal Family into oblivion?

I wrote in an editorial printed in late January 2003: "I have heard from many of my American friends who are terrified to write anything against the current powers in Washington for fear of their lives. It would be easy to see, for most people, Bin Laden from a wealthy Saudi family is winning the so called terrorist war. After all, he is the professional in the field and it is more and more obvious the voice of reason is being silenced in the United States. Canada is not far behind as new terrorist laws are being put in place..." Many more editorials were written along the same line with one titled Dear Paul aimed directly at Prime Minister Paul Martin Jr.

Hundreds of letters, from various Canadian government departments, began arriving daily day as I wrote against war. An audit of my businesses took place in mid 2004 by Revenue Canada. At a cost of over $100,000.00 the auditors found I owed the government $88.00 over the previous 7 years. The head auditor said: "I have no idea what we are doing auditing your companies. We received an urgent memo from Ottawa to get it done immediately."

When the statement for $88.00 arrived it included a $15,000.00 fine. The letters were now arriving at a rate of 9-12 a day and so were the phone calls. Imagine owning three businesses and having a phone for each plus a cell phone for yourself. Every phone was being bombarded with calls from multiple government departments night and day.

The meetings with Deputy Prime Minister Anne McLellan (and Minister of Justice) turned into shouting matches. She was also the Justice Minister who helped draft up the anti-terrorist legislation. As far as I was concerned she had lost control of her senses.

In August 2004 under a lot of stress I went for a bicycle ride in the River Valley. As I moved down into the valley I rounded one of the corners. Someone had put a pile of gravel in the middle of the path. I had been riding the path thousands of times over the years. This time I must have flown over 4 meters (approx 15') before hitting the pavement flat on my back thankfully wearing a good bicycle helmet. Six ribs were broken, one third of one lung kept me alive, shoulder and collar bones shattered into pieces, bones flew out of my body when I hit the pavement and blood was everywhere.

Six days in ICU with a few weeks in the hospital left me feeling out of this world. My businesses were in trouble and so was I. The day I was taken home, there on my desk sat a small cardboard box, full of letters from the government. (one of them claimed I had not reported income from a schooner in Nova Scotia) The new business, supposed to open a few months earlier, was also in financial trouble. On the table was a bill from the City of Edmonton amounting to $300.00 for using an ambulance. Goodbye Universal Healthcare thanks to the corporations.

The all volunteer magazine was kept in print with funds from business supporters and my businesses. No stopping PM Paul Martin from easing up the pressure. On New Years Eve I locked the doors and walked away from two of the businesses. The last of 112 printed issues prepared by volunteers was released in July 2005. We had started an online version in 1994. It remained online with many contributing articles and editorials until 2007.

Every time I was hired the job lasted 4-5 weeks. No reason was ever given to me. The letters kept arriving from the federal government. The fine rose to $28,000.00 for not paying the $88.00 on time. My condo was almost paid for with a balance of $42,000.00 and had an appraised value of $225,000.00. Alberta Treasury Bank (ATB), where I had accounts for business plus my mortgage, told me they did not see any reason to assist me as my funds dried up. The same bank was handed $102,000.00 by the Federal Government kangaroo Court.

The lawyers told me the only way out was to sell the condo at the appraised value. My mind was in the mood to end my own life. You had to be there to watch friends abandon the ship. The community I helped grow, and spread it's wings, were long gone.

The Judge was bewildered. "I have an order from the federal government..." They along with Alberta Treasury Bank  a government owned financial organization took all of the proceeds and tossed me on the street. Two doctors and one psychiatrist wrote up reports diagnosing me with PTSD. It made no difference to the tainted, and prejudiced judicial system in Canada, doing the bidding of the Queen of England. Canada's Oath of Allegiance is as follows:

"I, .., do swear that I will be faithful and bear true allegiance to Her Majesty Queen Elizabeth the Second, Queen of Canada, Her Heirs and Successors. So help me God." Every elected and non-elected Canadian government official, including the judicial system, must swear allegiance to a person in a foreign country. Had I have been there when Benjamin Franklin asked Quebec along with Upper and Lower Canada to join the Union, he would have had a promoter, to rid us of the parasitic monarchy in England.

What Rights do You Have Today?

It is my hope you will realize you do not live in a democracy. When Bill C-51 became a big election issue it was the Liberal Party of Canada who supported it under the leadership of PM Justin Trudeau. It allows a government official the right to do whatever they deem necessary, without a warrant, without a charge, without a trial to anyone who disagrees with their policies on any topic. Your elected officials, and non-elected bureaucrats, have become your judge and jury. The people are silenced using the same methods used by Stalin in the former Soviet Union.

You know what a government can do to the people protesting at the G-20 meeting in Toronto and the Occupy Movement in the United States. Now you have an example of what a Prime Minister can do to an individual without charge, warrant or trial.

The Charter of Rights and Freedoms or the United Nations Universal Declaration of Human Rights are meaningless words without an honest judicial system.  Your rights can and are violated and censored every hour of the day. After World War II  the UN Declaration was put in place to grant every citizen freedoms and to prevent wars. Every nation who becomes a member of the UN must sign the Declaration. There are too many examples to list of many nations violating the International Laws agreed too. Why does it happen? The International Criminal Court is ignored due to lack of support from citizens from every country world-wide.

"Cease then to call yourselves religious, lest you declare to the world your hypocrisy. Cease too to call other nations savage, when you are tenfold more the children of cruelty than they. I bow to no man for I am considered a prince among my own people. But I will gladly shake your hand." First Nations Chief Joseph Brant to King George III

Worked in broadcast media for 30+ years

Published - One book of Poetry

Posted by denniscambly.com at 9:59 AM No comments: